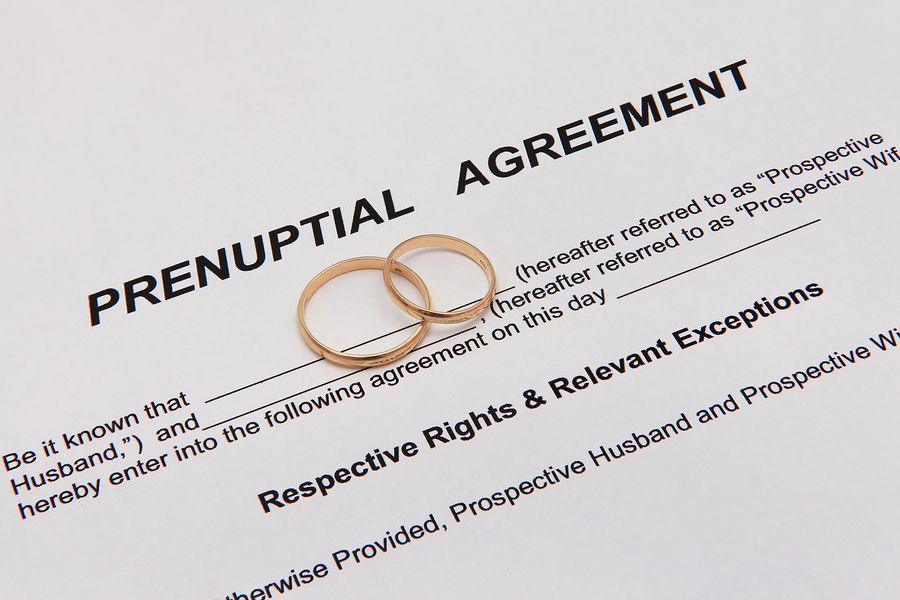 A marriage is one of the most memorable days in a person’s life. Couples generally plan for months in advance and invite their closest of friends and relatives to share this momentous day together.

As part of the planning process, couples should discuss the legal and financial effects of making this life-long commitment. Oftentimes, couples fail to plan in advance for some important aspects related to the legal consequences of marriage. This is likely due in large part to the fact that it may be tough to get past the butterflies and excitement to consider planning for the future financially, but it may be something that could be necessary and in one’s best interest.

Over the years, there has been some uncertainty in Florida as to the effect of mistakenly omitting certain prenuptial clauses and whether broadly drafted prenuptial agreements would actually make such omissions immaterial.

In Hahamovitch v. Hahamovitch, 133 So. 3d 1008 (Fla. 4th DCA 2014), a husband and wife divorced after 22 years of marriage.1 Prior to their marriage, the couple signed a broadly drafted prenuptial agreement that protected the husband’s property prior to marriage and any property owned solely by one of the spouses during marriage.2 In a divorce proceeding, property purchased prior to and during the marriage is generally subject to 50-50 equitable distribution, unless subject to some agreement.

The Hahamovitch’s prenuptial agreement failed to address whether the increased value of assets solely owned by one spouse prior to the marriage should be considered marital property for the purposes of distribution.3 Prior to this case, there was conflict among different district courts about whether such an omission acted as a waiver of rights.4

In 2015, the Florida Supreme Court accepted review of the Hahamovitch case to resolve the conflicting decisions by district courts. The issue revolved around whether a broadly drafted prenuptial agreement that omitted certain provisions such as a spouse’s claim to the other spouse’s earnings, assets acquired with those earnings, and the enhanced value of the other spouse’s property resulting from marital labor or funds, would waive a spouse’s right to seek equitable distribution.5

The Court held that when a prenuptial agreement includes such broad provisions but does not specifically waive a spouse’s claims to marital property, the prenuptial agreement’s actual language that expressly includes all of the property solely owned by one spouse does waive the other spouse’s right to such property.6

The experienced family law attorneys at The Law Office of Knellinger & Associates in Gainesville, Florida can assist you with preparing this agreement in the most efficient and beneficial way possible. We have over 40 years of experience dealing with family law matters.